Ante’s Law is a concept given by Irvin Ante in 1926 which helps in determining the amount of support which has to be taken to replace missing teeth which has been given in terms of peri-cemental area of the abutment teeth. This has been adopted and reinforced by other authors – Johnston, Dykema, Shillingburg, and Tylman.

Definition: “The sum of pericemental area of abutment teeth should be equal to or surpass that of teeth being replaced.” 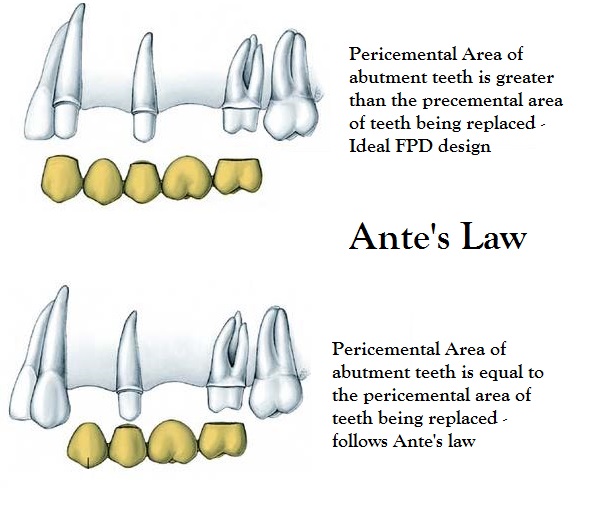 Ratios according to Ante’s law for replacement of missing teeth:

From the time the law was stated and defined, it has been used extensively and has become a must follow rule for every Fixed prostodontic case where more than two teeth are to be replaced. If the Ante’s law is not followed the resultant Fixed partial denture will be exerting excess forces on the abutment tooth which will lead to bone loss and eventually mobility of the abutment. 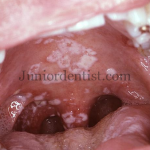 Acquired Immunodeficiency Syndrome or Human Immunodeficiency Virus has some major Oral Manifestations which are very important in its Diagnosis. We all know that HIV remains silent without any Signs or Symptoms except persistent Generalized Lymphadenopathy, which is present for longer than 3 months time and involves 2 or more extra lingual sites. Most frequently involved […] 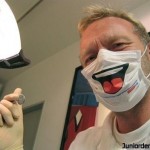 Kids are usually made to eat food by saying “I will take you to a dentist if you dont finish it” So the fear of a dentist is created from early childhood and when the child enters a clinic he is assured by seeing those scary looking instruments and the chair. The fear in children […]

Orthodontics is a specialized branch of dentistry that corrects malocclusion and restores the teeth to proper alignment and function, mainly with the help of braces. According to wikipedia: Orthodontics is a specialty of dentistry that is concerned with the study and treatment of malocclusions (improper bites), which may be a result of tooth irregularity, disproportionate […]

Pulp Vitality Tests literally means to check the vitality of the pulp tissue which helps in diagnosis and treatment planning. Vitality tests help in not only determining the vitality of the pulp but also to determine the pathological status of pulp. Among the various methods used pulp testing procedures are Thermal, electrical or direct dentine […]