A Female patient who had went to get Root Canal treatment done to her lower pre molar was left with two years of suffering as said by the patient. According to the patient there was a Dental Drill broken and lodged deep inside her teeth as told by the dentist who was performing the treatment and the Dental drill could not be removed because it was too close to a nerve.

Alison Southwood the 44-year old is the patient who had went to Genix Healthcare in Cirencester for a routine Root canal therapy to her lower premolar in March 2013, and since then the suffering has been a long ordeal with many consultations to many dentists. According to her the procedure started with numbing her jaw on one side and while the drill snapped she had not felt anything due to the numbing effect. 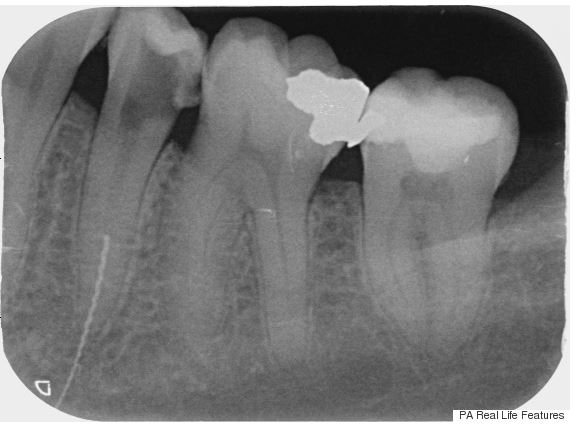 “A hush descended on the room and the dentist and dental nurse exchanged worried glances,” she said. “They legged it out of the room for a private discussion”.

“I was just left to lie there and wonder how they were going to break the news to me.”

Southwood was told the drill was lodged too far down into her jaw bone to retrieve it, and all they could do was fill the hole and send her home.

“I was in shock, just going through the motions so I could get out of there as soon as possible,” she said.

“They said they weren’t sure what to do next and I told them they’d better figure it out. I was totally dumfounded that I was just sent on my way with the drill still lodged in my jaw.”

What has happened here seems to be a case of broken File lodged deep into lower jaw going beyond the tooth apex. She is said to have consulted many Dentists in these two years and all of them said that it is too deep to be retrieved and the proximity to the nerve below might lead to parasthesia of the nerve if retrieval is tried.

The dentistry firm has settled the matter with a out of court settlement of £5500 with Southwood. There has been no admissions from the Dental Firm about the incident. 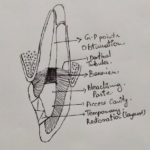 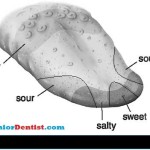 Taste perception by tongue is possible with the help of taste buds present in the papilla present on surface of tongue, all but filliform papilla contain taste buds. It was first described by Harvard Psychologist D.P Hanig in a German paper (Zur Psychophysik des Geschmackssinnes) about the location of different types of taste perception on […] 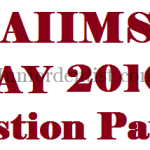 The Questions from AIIMS May 2010 MDS/Dental Entrance, All the Best for your entrance exams. Follow the question papers and do well in Entrances. As we have seen that previous questions are repeated a lot of times it is sensible to be up to date with the questions and practice them more than once. […]