Definition: According to AAOFP bruxism is a diurnal or nocturnal parafunctional activity including clenching, bracing, gnashing and grinding of the teeth.

Ramfjord 1996: As a habitual grinding of teeth where individual is not chewing or swallowing.

Rubina 1986: Indicates a nonfunctional contact of teeth which may include clenching, gnashing, grinding and tapping of teeth.

The term Bruxism is derived from the Greek word “brychein” meaning tooth grinding. And it was first introduced in 1931 officially.

Bruxism is a condition in which the person unknowingly Grinds or clenches or gnashes their teeth against each other, which is divided into two types –

In general Bruxism is regarded as forcible clenching or grinding of the dentition or a combination of both. The term Bruxism has been coined from the Greek word – “brychein” meaning tooth grinding. It was first introduced in 1931 to describe the involuntary, excessive grinding, clenching or rubbing of the teeth during nonfunctional movements of the masticatory system. The International Classification of Sleep Disorders reclassified bruxism in 2005 as a sleep-related movement disorder changing it from the previous classification as parasomnia.

The reasons for each type of Bruxism is different, while sleep bruxism is associated with any underlying sleep related disorder, awake bruxism is related to conditions like Temporomandibular disorders, Stress, Anxiety etc.

Occasional teeth grinding is common in most people which does not cause harm to teeth or underlying structures, but when teeth grinding occurs regularly it can result in loss of tooth structure which should be intervened. It is a disorder of neuromuscular activity which may affect any element of the masticatory system.

Bruxism is said to occur in about 90% of the population, while some studies suggest that it affects 8% of adults, 14% of the children and 10-12% of adolescents. The incidence of bruxism is highest in teens and forties. In reference to Sex – Females are known to be more prone to Bruxism as compared to Males.

Causes of Bruxism to be put in a single sentence is that it is Multi Factorial, in simple terms it means that there are multiple causes for Bruxism. Most common causes are any stimulation to the neuromuscular system of the mandible can lead to bruxism at the subconscious level.

On the whole, a relationship between local, environmental, and emotional factors can lead to Bruxism.

Apart from the obvious Grounding and Tapping sounds heard by the patient and the ones around then we can also see ulcers or trauma to the soft tissue in the occlusal line, Ridging on the buccal mucosa opposite to the molar teeth is also seen in most cases.

Occlusal Trauma: Pain in the Lower jaw usually early in the morning

Occlusal Wear of the tooth structure: Occlusal surfaces of the posterior teeth have an atypical shiny rounded surface, It can lead to Sensitivity, yellowish discoloration of the tooth due to loss of Enamel and exposure of Dentin. Fracture of tooth and in some cases pulpal exposure is seen. Wear facets are seen in the Molars.

Muscular Pain: Pain or discomfort in the masseter and lateral pterygoid muscles in the morning is experienced. There is hypertrophy of the masseter muscle seen in Chronic Bruxism patients.

Headache: Unilateral headache is felt on one side of the head, it is also termed by some patients as muscular contraction type headache.

TMJ: Clicking, restriction of mandibular movements, deviation of chin, Crepitation and pain on opening is seen on one side.

How to check if you Grind your Teeth?

One Simple observation which you can do at your home is, to check if you are having any ulcer or a Occlusal line on your cheek at the Occlusal Plane. It is called as Linea Alba and the cheek biting habit can be controlled by a Removable habit breaking appliance.

Clenching: It is the forcible closure of the upper and lower dentition in a static (no movement) relationship of the mandible and maxilla. It is seen with either maximum intercuspation or in an eccentric position.

Grinding of Teeth: It is the forcible closure of the upper and lower teeth in a dynamic (moving) maxillo-mandibular relationship, the mandible moves in various excursive positions leading to loss of tooth structure.

Brux Checker: It is a 0.1 mm thick colored coating on one side which is used to register the occlusal interferences through abrasion on the foil surface thus diagnosing Bruxism. 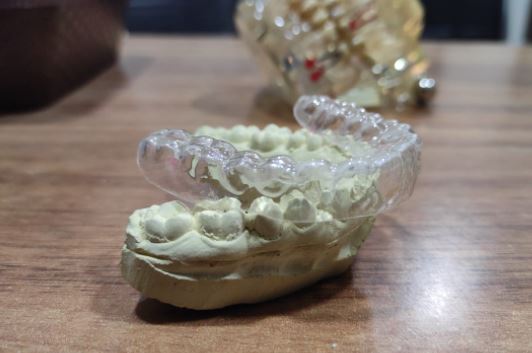 Occlusal Splints, Bite / Night Guard and Occlusal Adjustments: These are the most common treatment followed by Dentists which help in correcting Bruxism in most cases. This method is aimed at correcting or reprogramming the existing muscular pattern to redistribute masticatory forces to help stop Bruxism. Soft Splints are advised without occlusal surface to encourage movement of mandible in all planes. Occlusal Adjustments also does the same, where you identify the points which are causing interference and Grind it to let the mandible move freely in all planes.

Splinting: It is defined as the joining of two or more teeth with a rigid unit by means of fixed or removable restorations. Splint : It is defined as an appliance used for immobilization of injured or diseased parts. Requirements of an Ideal Splint: It should allow direct application in the mouth without delay due […] 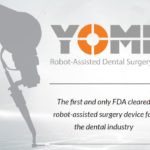 Robotics is being used in Medical field to perform surgeries from quite some time and why should dentistry be left behind. Neocis, a company based in Miami, Florida has announced that their robotically assisted dental surgical system “Yomi” has been cleared by FDA. The company has designed Yomi to plan and assist the dentist during […]

Community Dentistry is a branch of Dentistry which deals with preventing disease, prolonging life & promoting physical & mental efficiency through organized community efforts for the sanitation of the environment, the control of communicable infections, the education of individual in personal hygiene, the organization of medical & nursing services for the early diagnosis & preventive […] 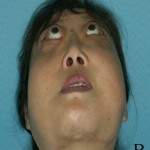 Definition: It is a autosomal dominant fibro-osseous  benign hereditary condition which affects only the jaw bones and it is characterized by “bilaterally symmetrical enlargement” of mandible sometimes maxilla. Pathogenesis: Cherubism is a hereditary disease which is histologically similar to Central Giant cell granuloma occurs due to the following reasons: Differential Diagnosis: Giant Cell Granulomas of […]