These sounds are very important in the fabrication of Complete denture which helps in determining the correct Vertical dimension, labial and lingual inclination of the teeth, deep bit open bite etc.

The patient is asked to spell these sounds after denture fabrication to determine and make required corrections in the Complete denture. 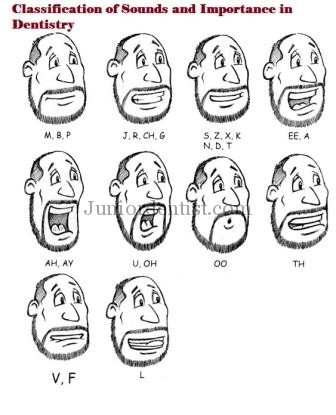 Types of Sounds as Classified as: