In a first of its kind, a Dental Robot system named Yomi has successfully carried out the procedure of placing two Dental Implants in a patients mouth without much human involvement. The success of this procedure has opened up a whole new field in Dentistry – Dental Robotics which can be the thing for the future. Although it is not clear to what extent the Robots will be able to handle any sudden complications or carry out any changes in procedure at the last moment. 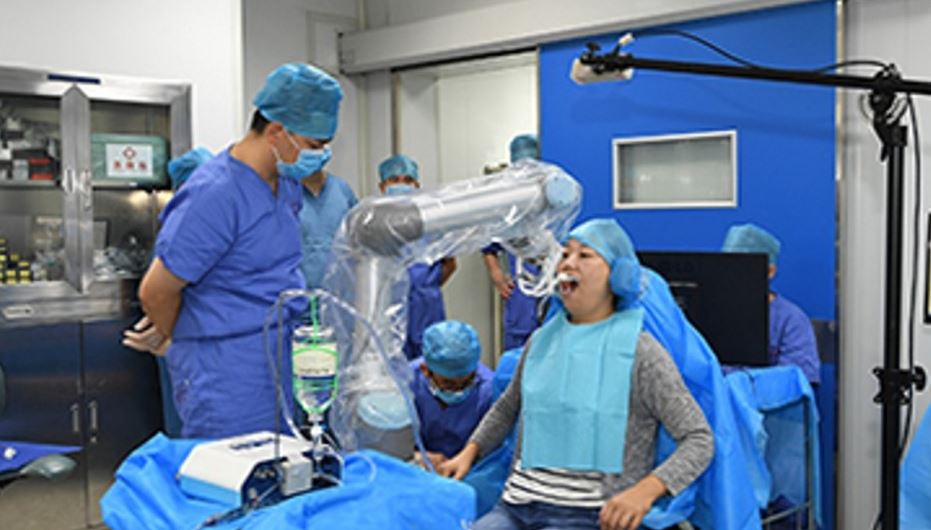 Evaluation after the procedure was completed revealed that, there was an error of 0.2-0.3mm which is marginal and acceptable in such cases. The Dental Robot system – Yomi has been developed jointly by the Fourth Military Medical University’s affiliated Stomatological Hospital, based in Xian and the robot institute at Beihang University in Beijing over the past four years. The system has been developed to cater the shortage of qualified dentists in mainland China and the frequent surgical errors being reported. According to a report, in China around 400 million patients are in need for new teeth and the number of qualifies dentists is lagging behind.

Dr. Zhao Yimin, Oral rehabilitation specialist, said “The robot combines dentists expertise and the benefits of technology”. There are around one million implants being places across the country every year and due to human errors there are many failures being reported.

To give the robot precision and an idea of the oral cavity which is a very small area to work with having multiple obstacles, dental staff fitted the patient with position orientation equipment. The robot was programmed to move into the correct position required for the operation and determine the movements, angles and depth needed to fit the new Implants inside the oral cavity of the patient using there readings.

The Dental Robot system named Yomi has been approved by US Food and Drug Administration to assist human Surgeons in fitting Dental Implants in March earlier this year.