Definition:  An Odontogenic cyst that surrounds the crown of impacted tooth, caused by fluid accumulation between the reduced enamel epithelium and the enamel surface, resulting in a cyst in which the crown is located within the lumen.

This is the most common developmental Odontogenic cyst.

It is always associated initially with the crown of an impacted, embedded or unerupted tooth

Dentigerous cyst may also be found enclosing a complex compound odontoma or imvolving a supernumerary tooth.

These are Solitary, Bilateral and Multiple cysts found usually in association with a number of syndromes like cleidocranial dysplasia and Maroteaux-Lamy Syndrome.

If Dentigerous Cyst turns into an Aggressive Lesion:

Dentigerous Cyst may lead to Neoplasm: 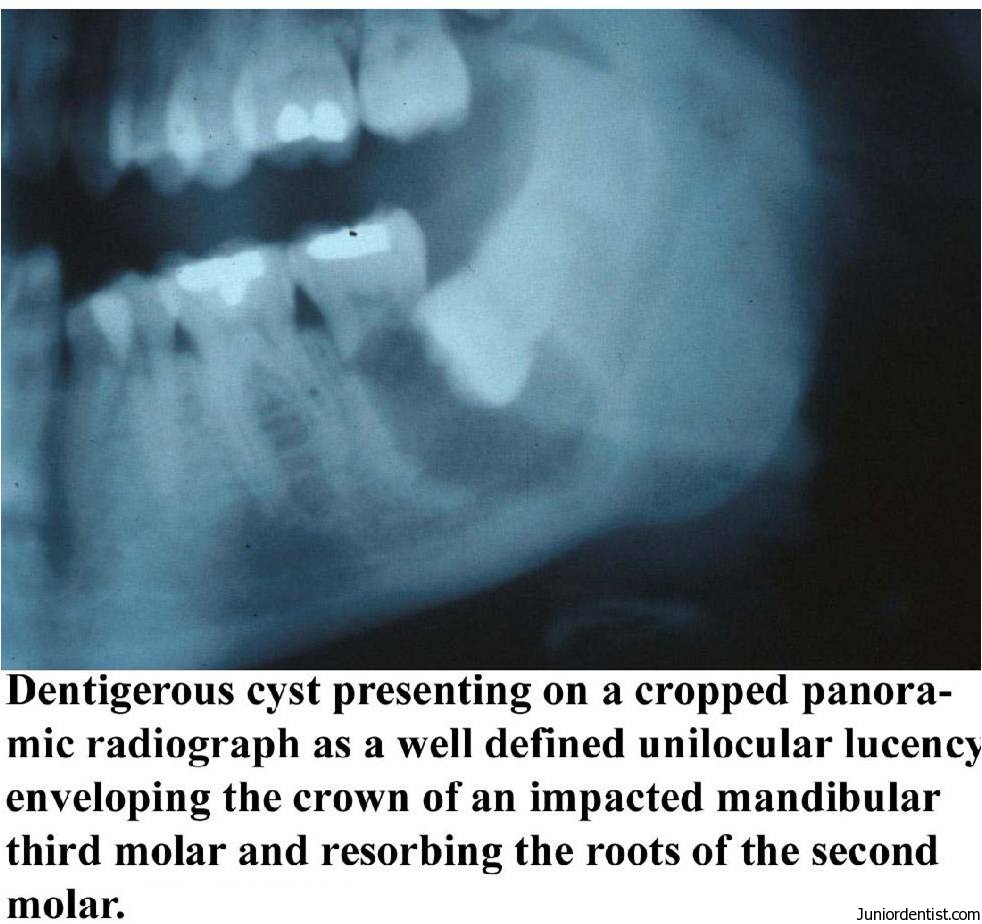 Age:  Seen mostly in the second and third decades of life. 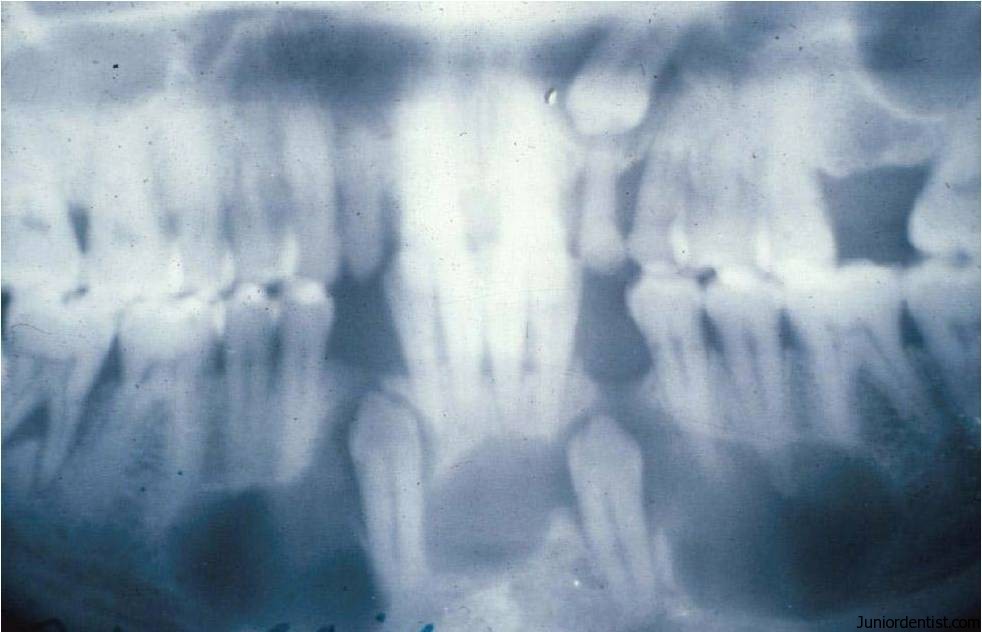 There are 3 Radiologic variants:

Central Variety: Crown is enveloped symmetrically, this pushes the crown towards the lower border of the Mandible

Lateral Type: Dilatation of the follicle on one aspect of the crown

Circumferential Type: The follicle expands in a manner which appears to envelope the Entire tooth. Sometimes the radiolucent area is surrounded by a thin sclerotic line representing bony reaction. 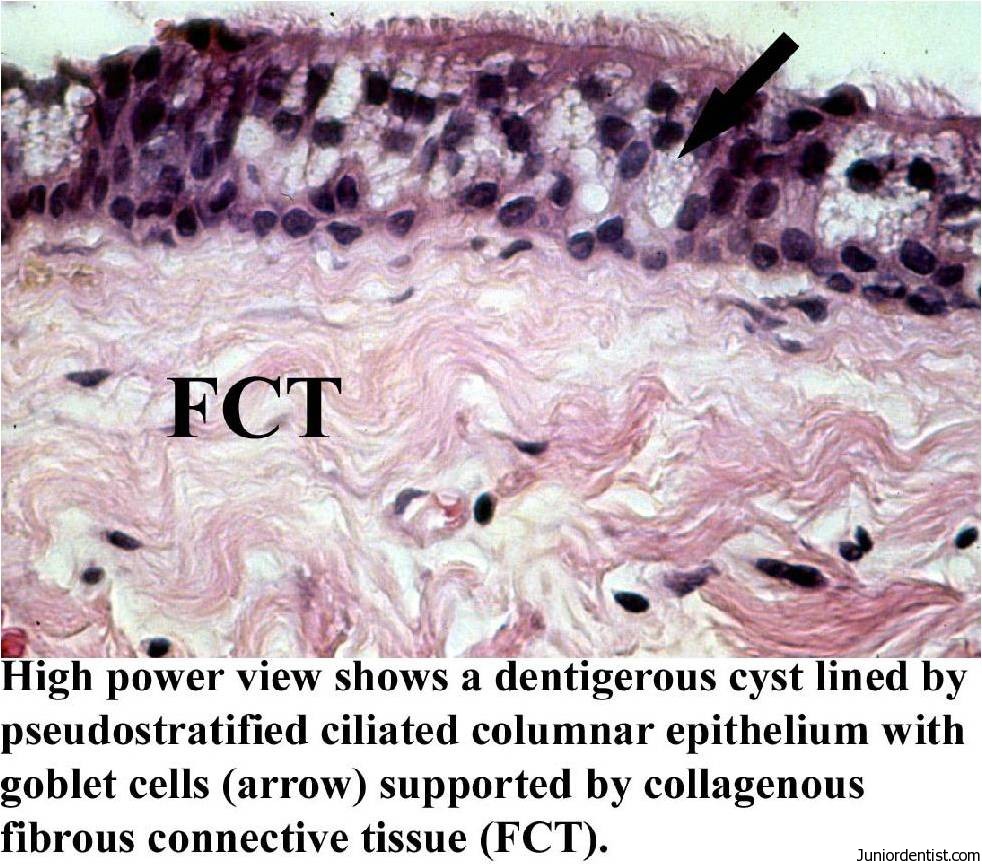 Treatment is determined by the size of the lesion

Larger lesions: With Bone loss and the cyst thinning the bone drastically- Marsupilisation and Surgical drainage is done.

Recurrence is rare unless there is neoplastic transformation.