Smoking e-cigarettes is thought of as a safer alternative to tobacco but recent studies suggest that it does a lot of harm to oral cavity than what was expected. E-cigarettes have been useful in countering the effects of tobacco in many smokers but with recent studies showing many toxic substances and nanoparticles in e-cigarettes which are harmful to the epithelial layers of the oral cavity is worrying.

The research which was conducted on cultured cells of the oral cavity by scientists from UCLA showed the results and the same results are expected in humans as well. When it comes to e-cigarettes, the device is equipped with an e-liquid or nicotine-containing propylene glycol which gives a hit to users by creating aerosol or a vapour which is inhaled. 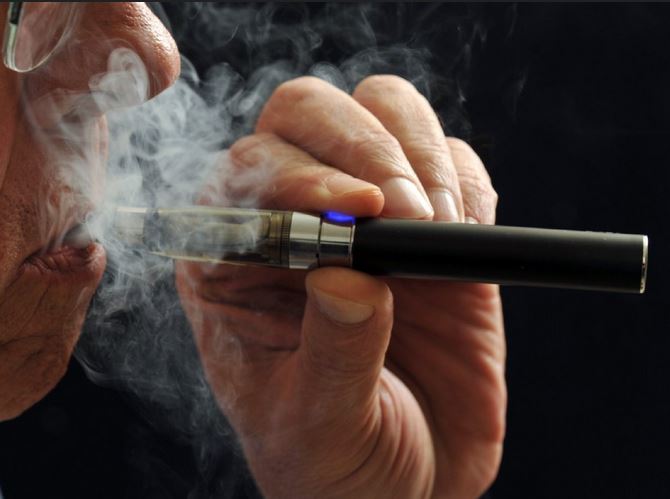 The rise of e-cigarettes especially in middle school and high school students has been noted to be around 2.4 million in 2014 by Center for Disease Control which is alarming. In UK it is said that nearly one in six people have used the devices which is approximately 15.5 percent much higher than the 8.9 percent two years ago. Although e-cigarettes is an effective way to quit smoking these new findings are crucial in deciding what are the consequences.

Everyone knows the effects of Tobacco containing cigarettes to oral cavity and on the whole human body but with e-cigarettes being new to the scene there is not much research or studies regarding their side effects. In the studies conducted by Dr. Shen Hu (associate professor of oral biology ) and his research team, cell cultures from the outermost layer of oral cavity were subjected to two different brands of e-cigarettes vapour for 24 hours with the help of machine which mimics human smoking behavior.

The findings of the tested cells showed nanoparticles of metal, silica and carbon, varied in concentration depending on the e-cigarette brand and flavour. These vapours led to around 85 percent of the tested cells to die and that the e-cigarette had significantly lowered the oral cavity’s natural defence mechanism by decreasing the levels of an antioxidant called glutathione.

With such findings showing the ill effects of e-cigarettes on the oral cavity which might lead to many oral diseases in turn affecting the overall health of the user, it is important to spread awareness regarding the use of e-cigarettes.