When a 55-year-old man went to the Hospital complaining about difficulty in swallowing and cough for some days. The patient and the Doctors were expecting it to be health issue, but with some investigation they find out that the patient had suffered a seizure 5 days back and lost part of the removable denture. 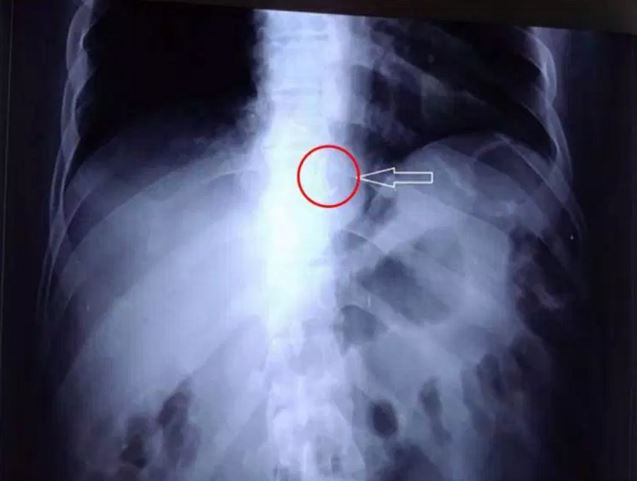 When the doctors took a Chest Xray for diagnosis, they were in for a surprise with the missing denture lodged in the oesophagus. It was lodged 32cms from his mouth. Doctors then tried to remove the lodged denture using alligator forceps which was unsuccessful and sent it even further down.

The denture was successfully removed with the help of rigid endoscope. Luckily there was no major injury to the oesophagus and all ended well. One of the major concerns with the Removable partial Denture is the patient swallowing the denture and getting lodged in the oesophagus which can be a major problem with the sharp edges of the denture.

As Dentists, we make it a point to reject removable partial dentures to patients suffering from Seizures or have any history of seizures.Along with that the dentures should be removed while sleeping as there is a chance of getting loose and being swallowed.