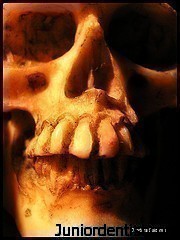 Clinical Dentistry in general deals with 50% Aesthetics and the other 50% concentration is focused on the treatment of pathological conditions of the tooth.
Coming to the importance of aesthetics in dentistry and how it is implemented in dentistry. Firstly we will come know the definition of aesthetics.

Aesthetics: It is the Beauty / appearance of an object (or) any Structure, but as we are concerned with the oral cavity and its structures so in dentistry we will try to improve the external appearance of the tooth, jaw, or the whole oral cavity in general.
For a dentist the aesthetics of the oral cavity of the patient is the main factor to be concentrated on along with treating the disease of the patient.
The new generation of people have become more beauty conscious, so the demand for Cosmetic Dentistry has gone up comparatively in the last few years, as cosmetic dentistry deals more with the aesthetics of the patient.

Satisfaction of the patient: For a patient to be satisfied with a doctors work, the site on which the doctor has worked should be brought back to normal or use additional materials to increase its aesthetics and one has to retain the originality of the oral cavity.
There are many ways of retaining and improving the Aesthetics of the patient. We will discuss about some of the ways by which we can improve the aesthetics
1) In root canal treatment there will be an open cavity left after the treatment so this cavity is first filled with amalgam and the tooth anatomy is brought back to normal with a cap which should not be differentiated from the original.

Tooth coloured Restoration: Used after filling the cavities made after removal of caries.

Some of the most used tooth coloured restorations are:

Tooth jewellery: This is a new trend in many youngsters, in which the doctors make a small hole on the tooth surface mostly a canine and put in a diamond or a gem stone.

Gingival Depigmentation: Due to many reasons the gums give a tanned look or a blackish look in contrast to the pink colour of the normal gums, this brings discomfort who think twice before smiling, so for this condition depigmentation is done to bring back the colour to normal.

Other Aesthetic procedures in Dentistry: