AIDS the most dreaded disease in the world without any cure is being studied extensively all around the world as due to AIDS there are many diseases which are surfacing due to the decrease in immunity such as Tuberculosis, which was brought under control and thanks to AIDS it is again becoming very harmful to human kind. 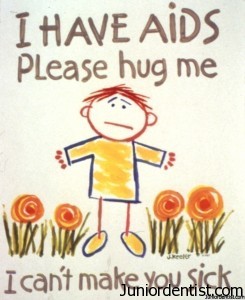 So in a Breakthrough in the medical world some scientists from Canada have finally found where the HIV virus hides in the human body making them impervious to medical treatment.

This discovery could well make way for the invention of a complete cure to this dreaded disease.

Where does it actually hide in the Body making it impervious to treament ?
Professor Rafick-Pierre Sekaly, researchers said they have found that the virus hides in “long-lived” memory cells in the human body.
These memory cells, which have a long life just like the stem cells, lie sleepy in the body most of the time until they encounter a new virus or disease-causing agents.

Is the Current Medication given helping the Patients from the Virus ?
Thus, ruring the current intense medication – which involves five to six drugs that can prolong life up to 13 years – for a patient, the AIDS virus retreats into these safe havens to stage an attack later.

The researchers said they are still finding ways to destroy the virus in its safe havens in the memory cells without harming the immune system.

Their research is the “first clue” to eliminating the AIDS virus, said research leader Sekaly on Sunday.