You are here: Home / Prosthodontics / Kennedy’s Classification of Edentulous Space and Applegate’s Rules

Kennedy divided all partially edentulous arches into four main types. Edentulous areas other than those determining the main types were designated as modification spaces. 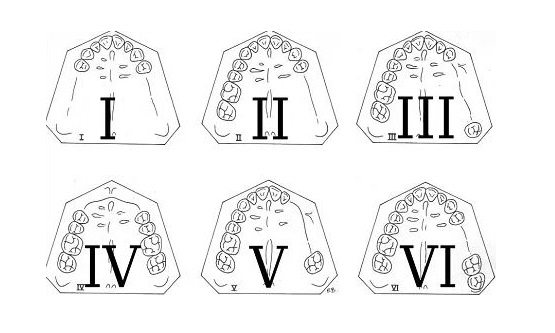 Kennedy’s method of classifying the Edentulous arch is one of the simplest and most used classification systems because of the ease at which it can be discussed with others as it brings immediate visualization of the partially edentulous arch. This gives the dentist to visualize the treatment plan in advance about the design of the partial denture.

How to determine Modifications of Kennedys Classification?

The Kennedy classification would be difficult to apply to every situation without certain rules for application. Applegate has provided the following eight rules governing the application of the Kennedy method.

RULE 1: Classification should follow rather than precede any extractions of teeth that might alter the original classification.

RULE 2: If a third molar is missing and not to be replaced, it is not considered in the classification.

RULE 3: If a third molar is present and is to be used as an abutment, it is considered in the classification.

RULE 5: The most posterior edentulous area (or areas) always determines the classification.

RULE 6: Edentulous areas other than those determining the classification are referred to as modifications and are designated by their number.

RULE 7: The extent of the modification is not considered, only the number of additional edentulous areas.

RULE 8: There can be no modification areas in Class IV arches. (Another edentulous area lying posterior to the “single bilateral area crossing the midline” would instead determine the classification).

What are the Features for the success of a Partial Denture?

In case of Class II partial denture it imparts design elements from Class I and Class III classification, hence it is classified between Class I and II. 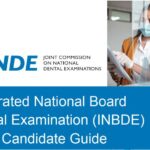 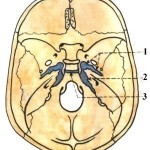 Suture closure in our Skull occurs at a certain age and the proper Suture closure is important for the bone formation and structural integrity of the Skull. The infant Skull has 45 bones which occur many changes and suture closure changes take place and the Adult Skull has 22 Bones. So there are close to […] 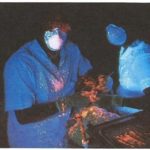 Coronavirus Pandemic has affected the whole world without leaving a single country and has affected all aspects of life which include Dental Treatments as well. All Dental Associations across the world have announced every Dental Clinic to close down all treatments except Emergency procedures by following strict protocol by having Personal Protection Equipment for Dentist […]

Frenectomy is a surgical procedure performed in the Dental clinic mostly for children and sometimes for adults as well depending on the need which can be preventive or as a part of the treatment procedure. To put it in simple terms Frenectomy – Cutting or trimming of the Frenum. Let us first learn about Frenum before […]