There are many millions of micro organisms living in your Oral cavity in every person but the latest findings seen in 13 patients. In this case it is not a micro organism here but an organism which is living just under the skin of the person and moving around as a piece of skin. 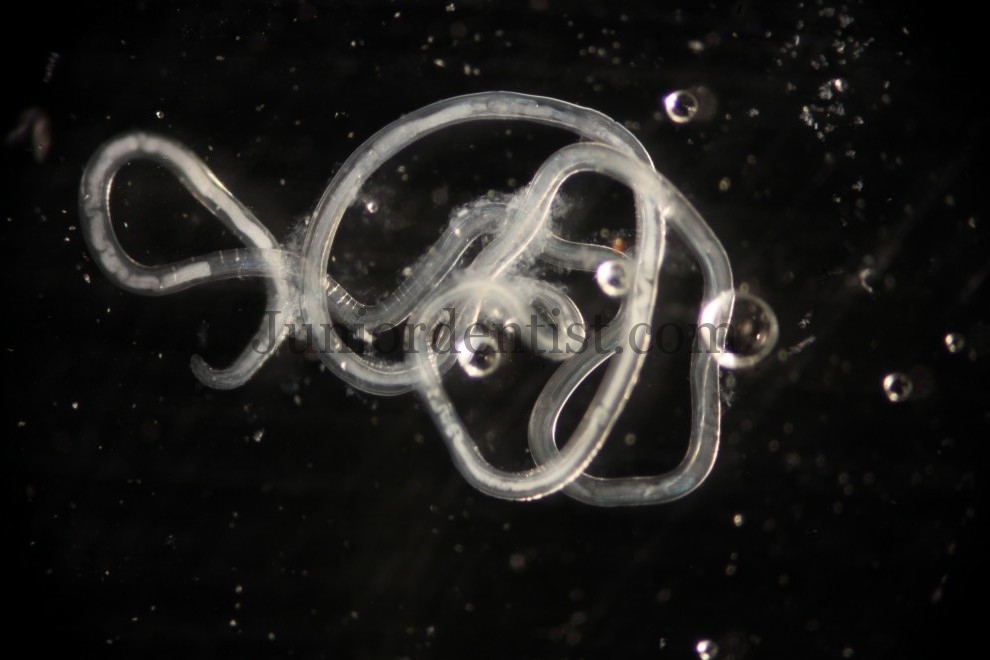 The Nematode found in Oral cavity

This was a case reported by Biologist “Jonathan Allen” who found a rough patch of painless Buccal Oral mucosa in the Right Cheek roaming around his Oral cavity which he neglected for sometime but later tried something scary. He removed the living Parasitic Nematode himself with the help of Forceps.

Jonathan first noticed this when he could feel something moving in his lower lip which slowly crawled towards the opening of lip, which he then saw and photographed. After searching the internet he came to a conclusion that it could be a Parasitic Nematode which is known to inhibit the mouths of Livestock.

After meeting a Oral Surgeon who did not believe him he decided the next day to remove the Organism himself. He along with his wife used a #5 super fine tip Roboz Surgical Instrument forceps with which he scrapped the surface of the skin covering the patch and with the forceps pulled out the Wriggling organism which he put in a Vial with his Saliva in which it was floating.

After reaching his laboratory he put it in Ethanol and took measurements of the Organisms. This Transparent Nematode was identified as Genus Gongylonema with the help of PCR tests.

He later found out that there are just 50 odd such cases recorded in the World and he was the 13th person to have acquired this parasite in USA.