Orthodontics is mainly comprised of Wire bending and using the properties of Wires in our favor to bring changes in tooth alignment. The various appliances like Adams Clasp, Full Clasp, Labial Bow,finger spring, canine re-tractors ….etc require various types of pliers for each type.

There are two types of pliers for this

All the Wire bending procedures can be done with this plier, It has one Flat ended arm and a rounded Arm. The flat ended Arm can be used to give sharp bends and the Rounded Arm is used to give loops and make circles in the various appliances.Because of all these uses it is also called as Universal Plier.

This is an instrument used to give Sharp Bends, it has 2 Flat ended beaks with grooves in the inner side of the beaks which help in holding the wire in place. This plier was made to help mainly in the construction of Adams Clasp hence the name Adam’s Plier.

Heavy wire cutter is as essential as the other pliers used for making these appliances. To cut the appropriate amount of wire and to cut the ends of appliance to give tags in the proper position. 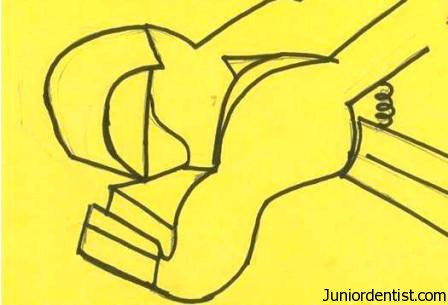 This plier is used in the construction of Schwarz Clasp. The specific use is that this plier gives a precise arrow shaped bend. It is essential in the fabrication of Schwarz clasp as the arrow heads from an integral part of the Clasp. 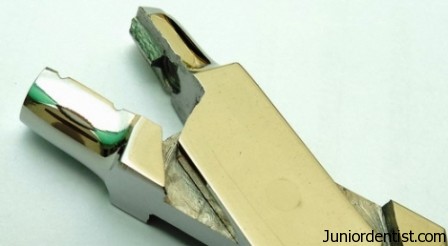 Loop forming plier has one round and one concave beak for making loops. This plier is used in various loops in various appliances.

Nance Loop Closing Plier is used for making stop loops and is also a special type of plier used in the construction of Adam’s Clasp.

This plier has one concave and one round beak. The concave beak has grooves and is useful for making loops as in labial bow or for the construction of coffin spring. This plier is used in making of multiple  appliances.