Note: In case the palatal aspect of the Maxillary teeth are involved in the operative procedure PSA should be accompanied with Posterior Palatal Injection to get area completely anesthetized.

The needle in the Posterior Superior alveolar nerve block extends from the mucosa first and then pierces through the areolar tissue and some times passes through the Buccal fat in case it is present in the patient and lastly it pierces the posterior fibers of the Buccinator muscle.

Approximating Structures to the Needle:

Technique or How to give Posterior Superior Alveolar Nerve Block:

Patient Position for Posterior Superior Alveolar Nerve block:
The patients Head and Neck are kept in a straight line and the back rest of the dental chair is tilted to a 45 degree angle to the floor, this helps to keep the occlusal plane of the patient at 45 degrees when the patient opens his/her mouth. 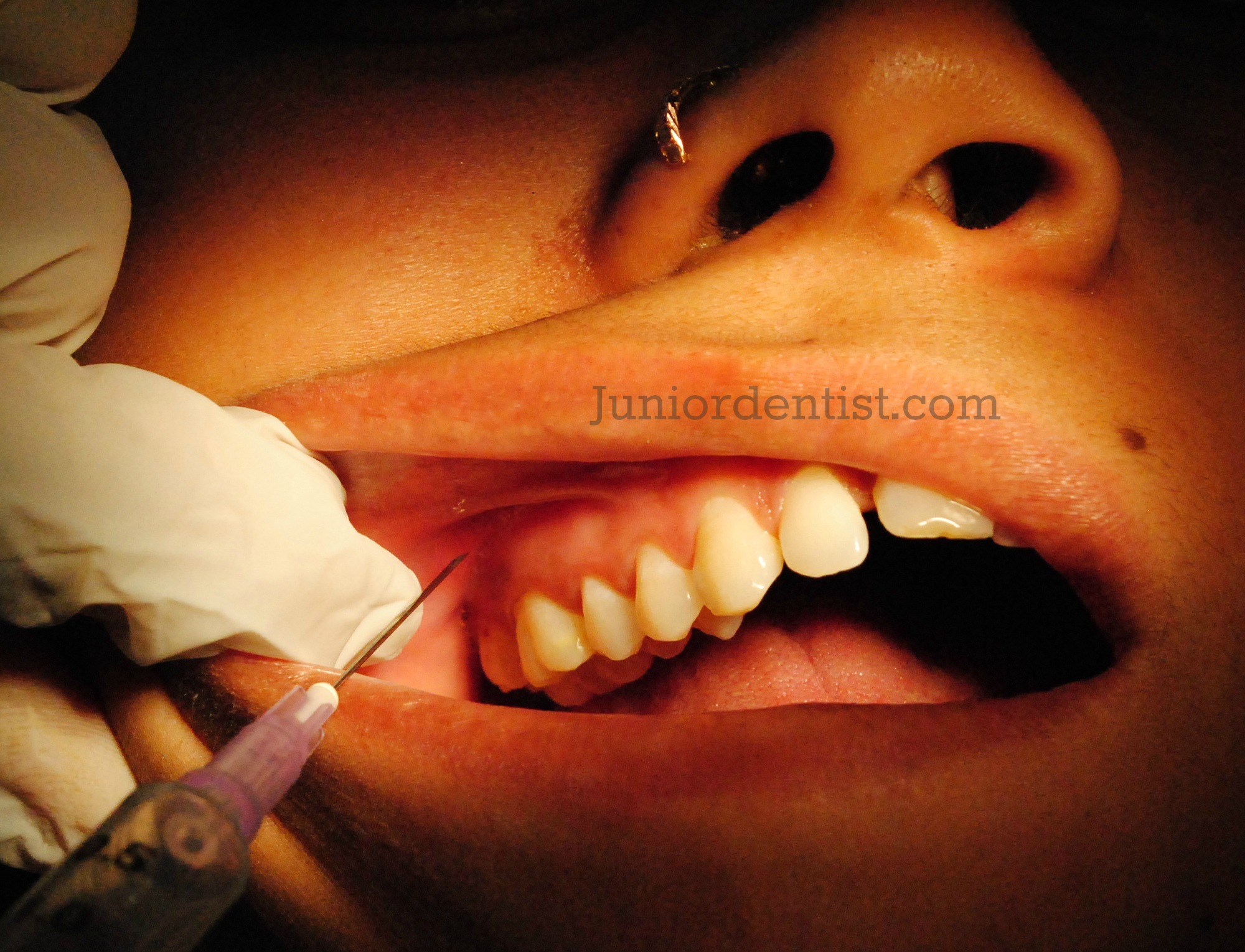 Objective Symptoms: Instrumentation should be done, use either the Tip of a blunt Probe or Elevator to check for Objective symptoms. The anesthetized tissue and teeth should be pressed and tapped as compared to the un-anesthetized side.

The Posterior Superior Alveolar nerve block is a very easy block but it is also the most common nerve block to get Hematoma Formation in case the PSA Vein or Artery is pierced  due to their close proximity to the final needle tip position.
There is no need of any intervention as the hematoma subsides by itself after sometime and inform the patient that the swelling will subside over time, there will be not be any pain in most instances but in case there is any pain of increase in swelling and blood pooling should be addressed to immediately.