In one of the most graphic injuries due to horse riding, a teenager Emily Eccle a facil trauma to her lower jaw (mandible) when she accidentally fell from her Horse when a exhaust popping sound spooked her horse and she fell off her horse onto a gatepost when the horse bolted. After the incident she recollects holding onto what remained of the left portion of her lower jaw, hanging on with the help of only little soft tissue.

Luckily Doctors were able to rebuild her jaw after a five and a half hour long operation by Dr. Ricardo Mohammed-Ali (Facial reconstructive surgeon) at Sheffield Children’s Hospital. Emily was able to attend school just after 1 month after the accident which makes the surgery very successful. Emily plans to ride again on the horse if she can persuade her parents to it. 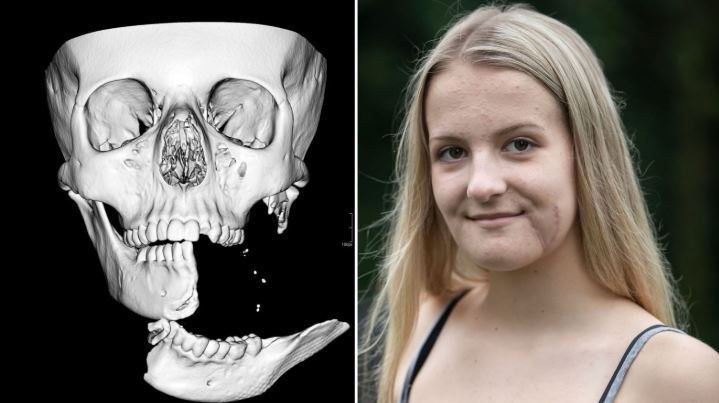 Emily a Student of GCSE has written to the Queen to ask for a knighthood for Me Mohammed Ali, and she is said to have received reassurance from Queen’s secretary that the request has been forwarded to the relevant body. About the knighthood request, Emily said, “Saving people’s lives and getting them back to normality definitely deserves some sort of recognition”. She recollects the incident saying “I just looked down and I was like, ‘I don’t know what that is’. ” I looked down and I could see teeth and bone and I said, is that my jaw?”.

Emily’s mother, Michelle Eccles, 50, said that a nurse prepared her before seeing Emily that she needs to be prepared to see Emily in such state. The nurse told Michelle that “It’s your daughter there in a critical condition and looking very poorly and quite gruesome, but her eyes were still the same so I just thought, ‘just focus on her eyes’.”

For the reconstruction, Mohammed-Ali uses three titanium plates and to close the lesion it required more than 160 stitches to piece back Emily’s face to its earlier state. All but one teeth were saved from the broken jaw. From a surgical point of view, the fact that recovery was easy because there was a clean fracture of the Mandible from the Mid line which made it easier to align and fix. 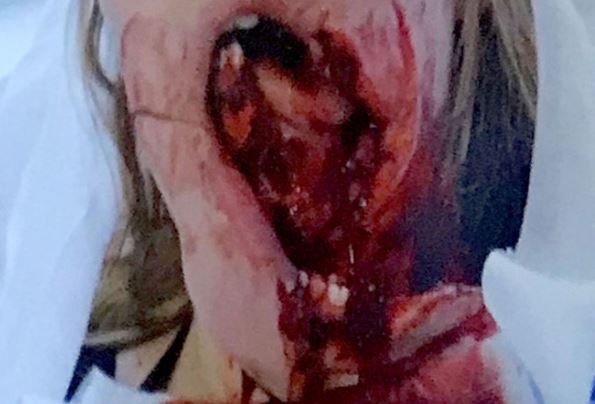 Emily was quite horrified about looking at her face at first but once she accidentally saw her face while on her phone, she thought that it was like something from a film and quite horrific. She said, “At first I was thinking, ‘I don’t know what I’m going to do, I’m not going to look like me, I’m not going to have the same king of life as I did before”.

Dr. Mohammed-Ali said that he was “Extremely Pleased” with Emily’s recovery so far and mentioned that the nerve supply to the lips and chin were damaged due to severance of the Inferior alveolar nerve and Mental nerve, this might result in loss of sensation to the chin, lips and surrounding regions. He mentioned, “It could have been worse, but it was one of the most significant injuries that I have seen in a child outside of areas of conflict.”