In a very tragic incident, a 3 year old girl who was taken to the dental clinic for a simple extraction and crowns placement died due to reasons which are not clear yet. Daleyza Avili Hernandez, 3, was taken to the Children’s Dental Surgery Center in San Francisco for extraction of two teeth and caps for two other teeth according to the parents.

Araceli Avila, said “My daughter was very healthy,” she added “All I did was I take my daughter to the dentist because they were going to fix her teeth, and about 30 minutes later they brought her back dead.”

Daleyza's mother is too shaken to leave the van. She says it hurts too much to be near where her daughter died. pic.twitter.com/JxlLK3kFWX

David Thompson, the administrator of Children’s Dental Surgery Center, told, the reason for the tragic incident was due to a reaction to the anesthetics in the middle of the procedure, which lead to Hernandez’s heart stopping. He mentioned that Hernandez was stabilized before being shifted to the hospital. The exact reason why her heart stopped is not clear. According to a nurse who spoke to the parents told, that their daughter’s heart stopped, possible from underlying heart issues. Daleyza Avila Hernandez was pronounced dead when taken to the hospital.

The parents were not allowed into the surgery room, which is normal protocol for maintaining the sterilization of the surgical room. The Dental Board of California confirmed in a statement to Fox News that they will be investigating the incident and mentioned –  “The Dental Board of California is aware of the tragic situation. An investigation is underway so specific details of the case cannot be shared at this time. Consumer protection is the board’s highest concern and we want to extend our deepest sympathy to the family.”

This brings into consideration the importance of knowing the emergency protocol and to identify any underlying heart or health problems before going for procedures.

The news was reported by Fox News on June 16th and it is not clear what the exact reason was for this tragic incident. We will be updating any further updates regarding the cause of the heart failure. 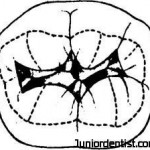 OUTLINE FORM: G .V. Black has described the outline form as being “the form of the area of the tooth surface to be included within the outline or enamel margins of the finished cavity”. It is the placement of cavity margins in the positions they will occupy in the final preparation, except for finishing enamel […] 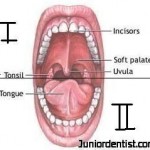 Dental treatments dose not just revolve around relieving pain and other symptoms but also deals with improving the function and look or aesthetics of a person, this is where Zirconia crowns come in as a part of Cosmetic Dentistry. There are many names for Zirconia crowns as called in the Industry – Zirconia, Ziconium and […] 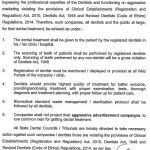 The Indian Orthodontic Society or (IOS) has complained to the Dental Council of India regarding Aligner Providers in the Country who are aggressively marketing At-Home Dental Aligner treatment in most cases without involving professional Dentists. IOS has also started taking an initiative to bring it to the notice of the common public via its Smile […]