Dental Xrays are one of the most important part of a successful dental treatment, any dental treatment starts from Diagnosis of the present problem or condition. As a Dentist after hearing the chief complaint of the patient we get a minimum of two to three conditions in mind leading to Differential Diagnosis. To come to a proper diagnosis Dental Radiograph plays a major role.

There are various types of Dental Xrays which are used according to the requirement starting from a Periapical Xray which is the smallest and most commonly used Dental Xray film available in almost all Dental clinics used to capture an Xray of one to three teeth at a time in a single arch. Then comes the Bitewing radiograph which accommodates two to three teeth in opposing arches at the same time. Occlusal Films are another Intra Oral radiographs which show the radiographic image of the occlusal aspect.

The other types of Dental Radiographs are Extra Oral Radiographs like the Cephalogram – mostly used for Orthodontic assessment of the Skeletal deformity and the other one is Orthopantomogram (OPG) which is used to get a complete radiographic picture of the complete set of teeth.

These Films are used to record or capture the dental structures and anatomy from inside the mouth or oral cavity and hence the name Intraoral. The size of the Films is usually small and are used to record the radiographic appearance of a specific region or segment of the oral cavity where the infection is suspected or restricted to.

This type of radiograph helps in recording the structures surrounding the Apical region of the tooth hence the name Periapical which “means around the Apex of the tooth (root)“. There are three types of Periapical X-rays based on the size of the film.

The size of the Size 0 film is apt for children being small in size it can fit into the children’s oral cavity. The other two sizes are for adults and are used in the Anterior or Posterior region.

This film is slightly bigger in size when compared to the regular Periapical radiographic film and it helps in recording both the upper and lower teeth in a bite position and hence the name – Bitewing radiograph.

There are four sizes of Bitewing radiographic films based on the position and the age of the patient it is used in.

As the name suggests, this films is used to record the Maxilla or Mandible from the occlusal surface showing all the teeth Oclussaly. This type of Radiographic technique is used in recording the position and number of Supernumerary or Impacted teeth in relation to the Buccal or Lingual walls of the Mandible and Maxilla.

To record or the extent of displacement of the broken fragments in case of Mandibular or Maxillary Fractures. To determine the amount of bone left on the buccal or lingual aspect of a Cyst or Abscess in the Mandible or Maxilla.

This film is 4 times the number of layers when compared to a standard periapical film. The presence of foreign bodies and their location can be identified using these X-rays such as stones in salivary ducts etc.

These are comparatively larger size X-ray films which are used to record the Oral cavity and its surrounding structures in a single film. The surrounding structures include – parts of the Skull, jaw, etc. The Image and structures recorded are large but the detail is not similar to Intraoral radiographs. These types of radiographs are used in patients undergoing Orthodontic treatment or TMJ problems or to identify any fractures and the location of the fracture and its extent. The positioning of the Wisdom tooth and the type of Impaction it is in.

Panoramic film: Size – 5 x 12 inch, 6 x 12 inch. This type of X-ray film is used in recording a two-dimensional scan of the upper (maxilla) and lower (mandible) jaws which include the teeth, jaws, surrounding structures, maxillary sinus and even the Vertebrae. It shows a two-dimensional view of the patient starting from one ear to the other in a half circle form.

OPG or Panoramic Radiograph is used in determining the position of Wisdom tooth in relation to the Inferior Alveolar nerve canal. presence of any fractures in the mandible and their location, TMJ problems etc.

Cephalometric films:  Size – 5 x 7 inch, 8 x 10 inch, It is used in Orthodontic treatment planning, in some cases, a Cephalogram is taken before and after the completion of Orthodontic treatment to access the progress and changes in the occlusion and relation of the maxilla to the mandible. 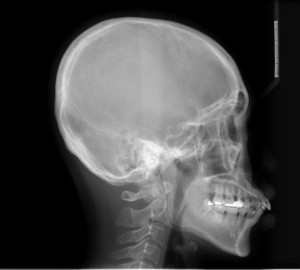 It is up to the Dental Practioner to decide, which Radiograph is needed in the particular patient. There are other newer and more diagnostic procedures like CBCT or “Cone Beam Computed tomography” which gives you a three-dimensional image of the structures and tissues of the oral cavity mainly used while planning for Dental Implants or in case of Fractures and any lesions to get to know the extent of their spread and surrounding structures.