Home
>
Oral And Maxillofacial Surgery
>
What is Pericoronitis

Difference between Pericoronitis and Supracoronitis:

Pericoronitis is the inflammation of soft tissues covering the crown of the partially erupted or impacted tooth and is caused by Normal Oral flora. 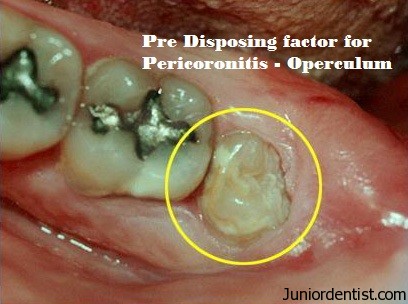 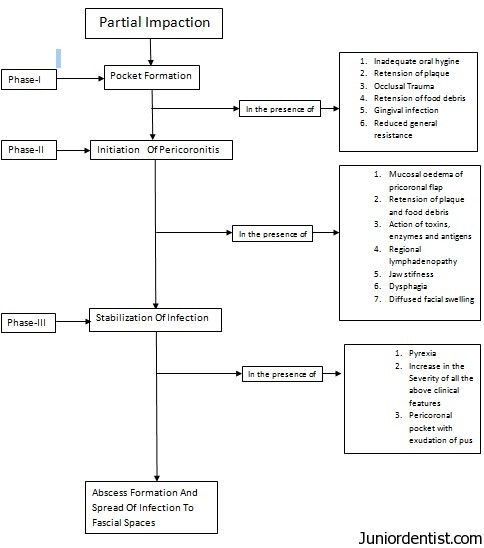 pericoronitis pathogenesis – ((Click on the image for zooming in))

Epithelium of the Operculum has:

Management or Treatment of Pericoronitis:

Mandibular third molar should not be extracted until the signs and symptoms of pericoronitis have been completely resolved. As the incidence of Post operative complications like dry socket and post-op infection increase due to extraction during active infection.

Patients who have had an episode of pericoronitis although managed successfully with antibiotic regimen will continue to have recurring episodes of pericoronitis, until the offending third molar has been extracted.

Patient should be admitted to the Hospital when we see the following symptoms: