Home
>
Orthodontics
>
Why do my Teeth move after Removing Braces

Orthodontic treatment is not completed once you remove your braces, what follows after removal of braces is the Retentive phase of the treatment which prevents the movement of teeth back to its position or to a less stress inducing position in their sense. As we have applied force to move the teeth into position, the various parts of the Oral cavity are under a lot of stress such as Periodontal Ligament, bone, musculature, etc. Hence in the retentive phase, there are two types of appliances used to retain the teeth in position – Fixed and Removable Orthodontic Retainers

To maintain the teeth in the new position, it requires constant retentive force which helps the supporting structures to heal or get used to the new position. For any movement to happen it is the Periodontal Ligament which makes it possible, as it is the ligament which connects the bone to the tooth. This is the same reason due to which the teeth move after removal of braces. There are certain factors which make this movement possible – 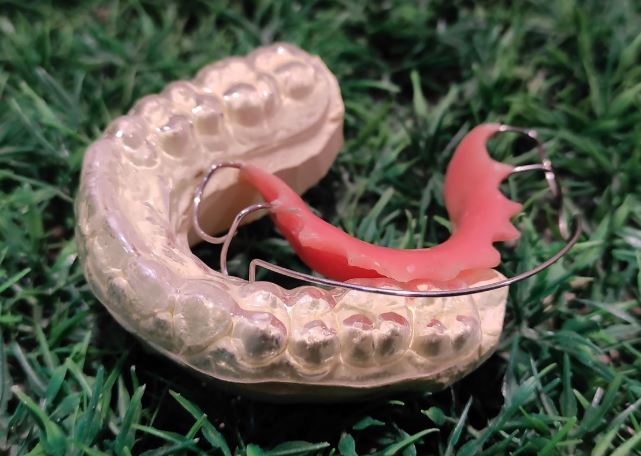 These are some of the factors which lead to Relapse, on completion of Orthodontic treatment, it is very important to use a Retainer to maintain the teeth in position to help stabilize your new and improved bite.

How many months should I keep wearing my Retainer after removing Braces?

The most important time to wear your Orthodontic Retainer is – 2 to 6 months (changes from case to case) post removal of Braces. Wearing them immediately after removal of braces helps the jaw bone to solidify around the teeth in their new position. In this period you should be wearing the retainer for as long as possible. After this initial phase it is important to wear the Retainer once or twice a week for the rest of your life overnight in most cases.

All teeth post Orthodontic treatment tend to move which can be minimized by wearing a Retainer and keep them in position.