In Dental Caries there are many theories about the initiation and progression of dental caries but the Window of infectivity factor has been studied only by some scientists who have studied both primary and permanent Dentition with birth to 5 years in decidious and eruption to 5 years in permanent teeth. 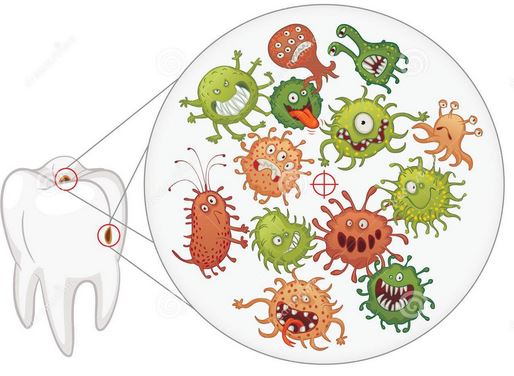 What is Window of Infectivity in Dental Caries:

It is the time period in which the initial acquisition of Streptococcus Mutans takes place on either a permanent tooth or a primary tooth. Both the Primary and Permanent teeth erupt into the oral cavity and thus provide a completely virgin ground of dental tissue for the micro organisms to attack on, this enables the Streptococcus Mutans to colonize in the oral cavity before other bacteria colonize to prevent competition.

Krass et al (1967), Edrman et al (1975) were the first to identify the Second Window of Infectivity as 6-12 years in Permanent Teeth as they erupt at that period of time.

The Window of Infectivity theory is completely based on Streptococcus Mutans attack on Teeth and no other micro organisms are considered in this theory and according to Davey and Rogers (1984) children acquire additional strains of MS as they get older and new teeth emerge but these strains remain undetected as they are in very low numbers.

This Window of infectivity is important because this tells us the period in which the bacteria which initiates Caries formation is getting attached to the teeth so we can inform and educate parents about the importance of this time period and the precautions they should follow to prevent caries by removing S. Mutans in this time period.

As we know that Streptococcus Mutans which initiates Caries takes about 5-6 years to penetrate the enamel approximately of 2.7 mm thickness in normal human tooth.