You are here: Home / Tips in Clinical Dentistry / Dental Drugs and Pregnancy – Safety and Contraindications

Use of Medications or Dental Drugs during Pregnancy is very complicated as both the mother and fetus are to be considered. In Dentistry the most commonly used Drugs are Analgesics, Antibiotics, Local Anesthetics and Sedatives, Antiprotozoal, Antifungal, Corticosteroids, Antacids, Antihistamines and Anti Allergens. It is important for every Dentist to keep in mind all the medications which are safe and which can cause damage to the fetus or the mother at all times.

Antacids use in Pregnancy:

If in any doubt or the Pregnant patient is having any complications, it is better that you consult the Gynecologists before any treatment or Medication.

Endodontics (or) Conservative Dentistry in the second year is called Pre clinical conservative (PCC), this is called so because it is the subject which is thought pre (or) before entering the clinics. Endodontics is the branch of dentistry which deals with the Diagnosis, Prevention and Treatment of diseases concerned with the hard tissues(Enamel, dentin) and […] 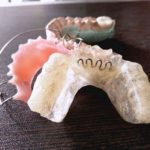 Sterilization in Dentistry is a very important and crucial aspect of providing successful Dental treatments. As Sterile instruments and sterile environment in the Dental clinic play an important role in preventing any infections. There are numerous Sterilization procedures which are available in the market like – Autoclaving, Dry Heat, Chemical sterilization, Ultraviolet light sterilization etc. […]