Differences between male and female skull are very important in forensics to determine the sex of the skull which has been recovered. From our ancestors, the differences in the skulls of males and females have been similar in obtaining different characteristics, which will be explained in the post below. The most obvious difference is the size of the skull but that depends on many factors like age, ethnicity, race, etc. The Differences between male and female skulls play an important role in Forensic odontology as well to help the police in their investigations. 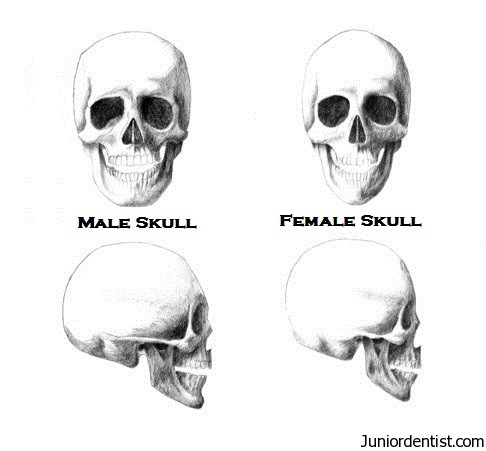 We can look at many aspects to come to a conclusion, like weight of the skull, size, mandible. . .etc.

The bony mass or the thickness of the bone:

Vault of the skull:

Contour of the face: 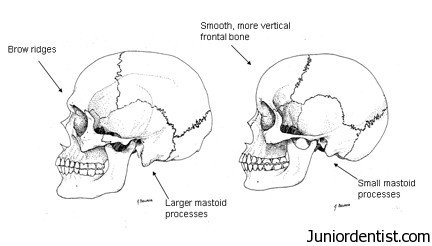 Difference between male and female skull

These differences are very important in determining the sex of a skull in Forensic Dentistry or Medicine.

But if you are interested to do your own research start digging in your back yard, who knows you might get a pair of skulls so just look at these features to know wether it is of a male or female.