Where is the Foramen Magnum Located: 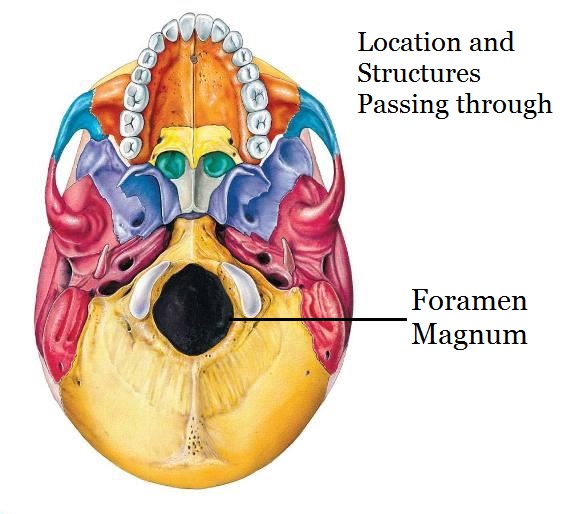 What are the list of structures passing through Foramen Magnum?

The Foramen Magnum is the largest among the foramen of the skull and the major portion is taken by the Spinal Cord but apart from this major structure there are other structures passing through which are listed below.

There are multiple foramen present on the base of the skull which act as a path for many structures to pass through them. Click on this link to see the complete list of the Foramen of Skull and the structures passing through them.